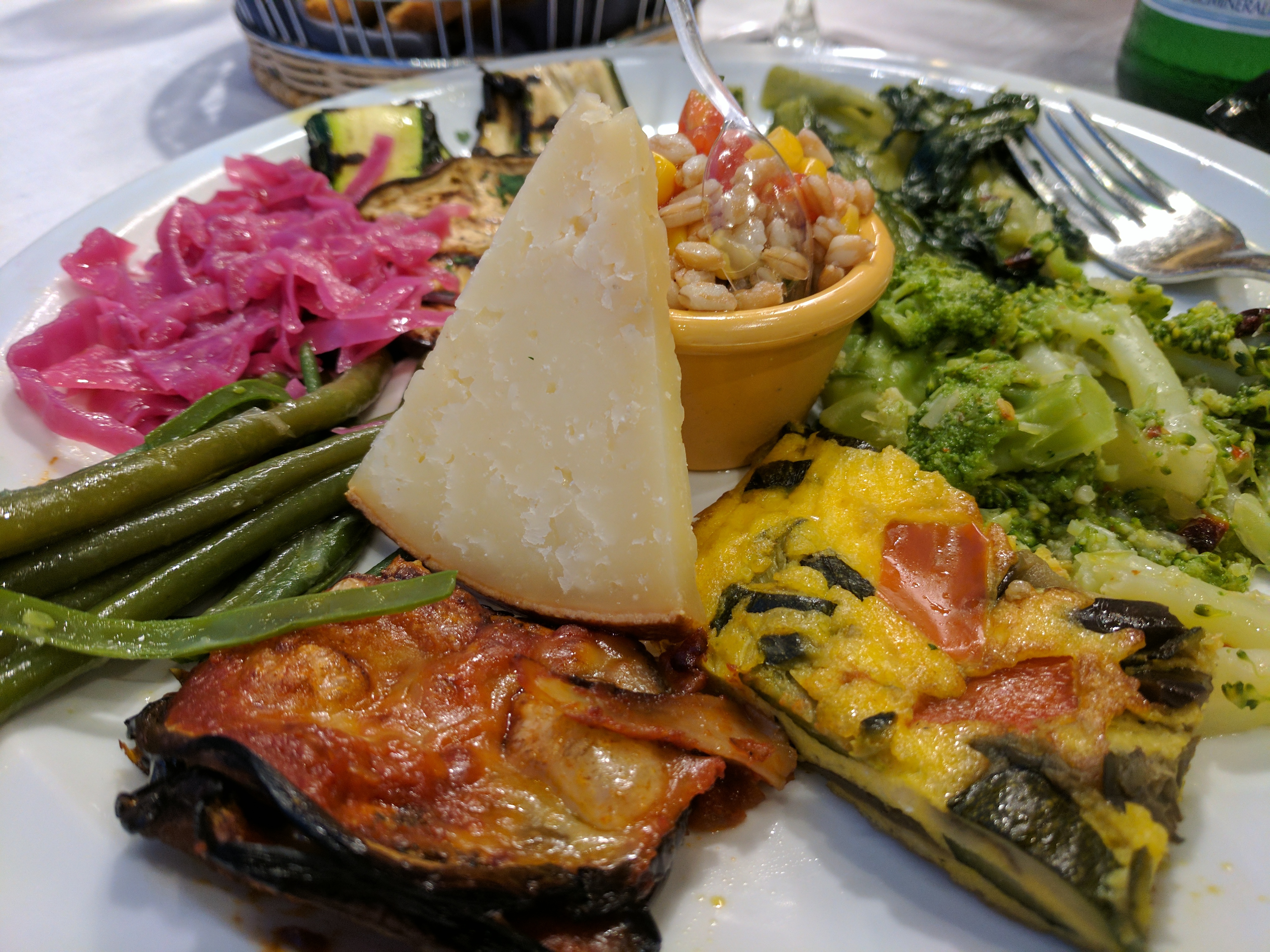 It’s easy to decide to take a road trip through Puglia. When it comes to actually getting there, things are a little more tricky. Flying from Glasgow left us with limited options; my ideological belief in flying direct within Europe left us with fewer still. To be blunt, as much as I love Italy I’m not sitting in bloody Gatwick for 6 hours to get there. Flying Glasgow to Naples would cut our trip short (not an option) and so we were left with Rome. Not a bad place to finish up your holiday, but when your destination lies several hundred miles south and east you don’t really want to start there.

Fiumicino is a modern airport, large and pretty well sign-posted but with a bear pit of an arrivals hall. A Fitbit-friendly 8000 steps later we were standing in front of the Maggiore car hire desk being upsold a Renault Captur by the woman behind the desk. Now I love the Italian language, but they really need their own word for “upsell”. It’s one thing to fall for the car rental bullshit, but to actually hear your nemesis chirpily announce that you’ve been upsold as she fills out the form is rather rubbing it in. So with our undoubtedly far too small and shit Fiat Punto “upgraded” to a dumpy diesel-powered French tank, we were on our way. With the benefit of hindsight, and given the horrors of the Rome ring-road, an actual tank might have been more useful.

For a few kilometres all was well. We were on the move, the traffic was flowing and a beer in Francavilla al Mare was edging ever closer. That wasn’t to last and for 15km we crawled along that road all because of, we later discovered, a broken down truck. It could have been a dull and frustrating start to our trip but for the entertainment provided by our fellow road-users. Italian drivers seem to suffer from a form of collective insanity. They think nothing of belting down the hard shoulder with their hazards on as if transporting an organ for transplantation. Down the entire length of the tailback a thousand tiny duels played out as they constantly weaved and barged each other in an effort to gain a few millimetres advantage. The only thing to do is watch from a distance and let them get on with it.

The rest of the 2 hour journey was mercifully incident-free. It took us across the middle of Italy, through the Abruzzo region which meant some spectacular mountain scenery. As we navigated the valleys and winding roads thoughts soon turned to our destination, Francavilla al Mare. It was chosen simply as a waypoint on our route south to prettier sights so our research was a little sketchy. As we approached the outskirts things didn’t look promising. The streets were weirdly empty and there was a definite touch of Mad Max about them. Perhaps that’s just indicative of the utilitarian sprawl that spills out of any urban centre because when we reached our hotel things had markedly improved.

Francavilla al Mare, it turns out, is a pleasant seaside town much like those we’d visited on the coast near Pisa the previous year. The beachfront is a model of organisation: restaurants sit cheek by jowl, rows of sunbeds are laid out with geometric precision and you’re only ever 50m from a gelateria. You can imagine the Pescarese spending long holiday weekends here, striding up and down the beach in impossibly tiny Speedos and mirrored Aviators. It wasn’t exactly bustling with activity on this early June day but there was something nice about that. After the chaos of the ring road a bit of tranquility was welcome.

Our walk along the beachfront terminated at a café called Lido delle Rose for the obligatory first beer of the trip. One oversized bottle of Tuborg later we were wandering the main street in search of dinner. The selection was good and we decided on a place nestled back off the street called Green Dragon. It was busy: good sign. As a starter we decided to share the antipasti but something was clearly lost in translation as two enormous platters appeared. Broccoli, tortilla, marinated green beans, some sort of barley thing, an aubergine thing and a hard cheese. All delicious so we made a game effort to finish it off before the pizzas arrived.

You’d think we’d be on safe territory with pizza. It’s Italy so it’s all going to be good, right? Hmm. I went for “Siria” which the menu told me had sausage, rosemary and patate lesse. A bit of potato? That might be nice. It’ll probably crisp up. Oh I like the sound of that. Mmmm. Yes please. Uh oh. What appeared was a very good pizza base completely covered in mash. Little nuggets of sausage dotted the landscape here and there, and a rosemary frond or two stuck out of the potatoey blanket. There was cheese of course but my misery was compounded by the total absence of tomato sauce.  This pizza was a disaster. It was a facsimile of a pizza formed entirely out of mashed potato. And that’s annoying because the food was obviously good and almost any other selection would have been great. Ruth’s choice was marginally better. It had tomato sauce at least but the combination of olives, capers and anchovies resulted in a pizza that was saltier than Sid James’ laugh.

We stayed at the Phi Park Hotel Alcione right in the centre of town. It’s a clean and modern building with pleasant staff and plenty of amenities including a pool if you’re staying longer than our one night. To be perfectly honest it could have been an igloo made of Stickle Bricks for all it mattered. I just needed somewhere to lie down and quietly slip into a hyperglycemic coma after the carb on carb horror of the pizza episode. But the hotel was quiet and comfortable with a great bed. And so ended day one, tired, full of potato and dreaming of smurf houses and hilltop towns.